To know that Fats Domino and Little Richard are key influences on his music is testimony to JD McPherson’s high regard for early rock ‘n’ roll. But diversity is instrumental in understanding McPherson’s repertoire as his influences also include Pixies and Led Zeppelin. Critics have described him as an eclectic mix of rock ‘n’ roll, rhythm and blues and rockabilly.

​Okoboji Blue Water Festival chairman Greg Drees said it was fate that brought McPherson to the event. “My wife Julie and I were on the road, listening to Sirius radio when JD McPherson’s “Head Over Heels” came on, and we were both blown away,” Drees recalled. “I cranked up the volume and said ‘that would be a great act for our festival this summer.” An agent did the research and digging and McPherson was inked to open the festival on Friday, August 11.

​JD McPherson took up the guitar at age 13, started playing in local punk bands and penning songs as a teenager and doesn’t remember not being in a band since age 16. After a pursuit of higher education, he pursued music solely and seriously. 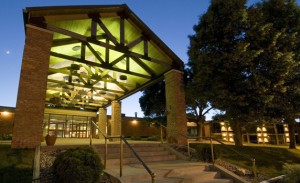